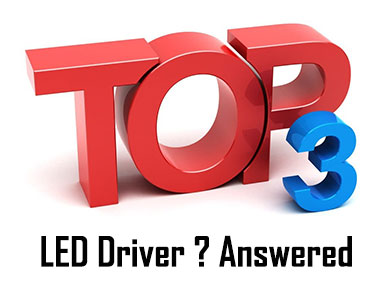 LEDdynamics, Inc. powers LEDs.  In 2001 LED drivers like the MicroPuck, PowerPuck and BuckPuck emerged into the LED industry helping to increase the efficiency of LEDs.  LED manufacturers, at the time, were so focused on increasing light output that efficiency was all but ignored.  Before LEDdynamics, the approach to powering LEDs was as if you glue the gas pedal to the floor of a car and use the brake to regulate the speed; products were commonly wasting half of the battery’s energy.  LEDdynamics’ LUXdrive line of LED drivers added value by maximizing LED energy potential by utilizing more of the battery power.

What is an LED Driver?

A LED driver is an electrical device that regulates the power to an LED or string(s) of LEDs. What makes a driver different from conventional power supplies, is that an LED driver responds to the ever-changing needs of the LED, or circuit of LEDs, by supplying a constant amount of power to the LED, as its electrical properties change with temperature.

Think of an LED driver as ‘Cruise Control’ (like in a car) for the LED, and the temperature changes of the LED are the hills and valleys it is ‘driving’ over. The power level (or ‘Speed’) of the LED is maintained constant by the driver as the electrical properties change (amount of ‘gas’ or power needed) throughout the temperature increases and decreases (or ‘hills and valleys’) seen by the LED(s). Without the proper driver, the LED may become too hot (driving too fast) and become unstable (out of control), causing poor performance (engine problems) or complete Thermal Runaway (crash!).

Do I need a LED driver?

In most cases, YES! The semiconductor junctions in an LED (which produce the light) require very specific electrical power to operate properly. If the voltage (electrical force) supplied to the LED is lower than required, very little current (electricity) flows through the junction, resulting in low light output and poor performance. If the voltage is too great, too much current flows and the LED can overheat and be severely damaged or fail completely (thermal runaway). Configuring an appropriate LED driver for each application is essential for maintaining the optimum performance and reliability of the LED(s).

Also, different types and models of LEDs have different voltage requirements even though they may share the same current rating. Beyond that, the voltage required to achieve the proper current can vary with temperature, composition of chemicals in the LED, etc. Therefore, LEDs with the same part number may have variations in the precise level of voltage required for proper operation. Generally, it is desirable to regulate the current flowing through each LED to the rated current to maximize the illumination and life of each costly little LED. To do this, some type of true power regulation is required. A resistor can be used as a cheap solution to restrict the current flow, but since a resistor turns power into heat to do its job, the resistor often wastes more power than the LED saves while adding to the heat that needs to be removed.

There are a few applications in portable lighting where a driver is not completely necessary and a simple resistor is used (however, this is not recommended!). This is the case for many multi-cell flashlights using LEDs since it is a very cheap solution. By placing the correct resistor in line with the LED, the available rate of power from the batteries is restricted to a level low enough to be tolerated by the LED. Since the available power from the battery will decrease as it is consumed by the LED, the light level will begin to drop as soon as the unit is turned on and power is taken from the batteries. The major disadvantages to using a resistor on an LED are linear light drop-off (light level begins decreasing as soon as power is switched on), poor efficiency (the resistor is consuming much of the power), and no thermal protection (the LED may overheat and there is nothing there to stop it!). A dynamic resistor, like the DynaOhm™ from LuxDrive, can be substituted for the resistor to improve light output and provide thermal protection.

How do I choose a LED driver?

Once these questions have been answered, choosing the correct driver is a matter is finding what is currently available and determining if it is suitable for your application. Use the following table or this LED Driver Selector Tool to help in determining if a driver is available for your application. Select the part number to find out more about the selected driver.

Bonus: How do I connect the LED driver?

NOTE: Always refer to the manufacturer’s instructions before making any connections!

In most cases, an LED driver has (4) connections: (2) for the power input and (2) for the LED. Drivers with dimming capabilities will often have (2) additional connections for a dimming pot or control connection. If you are connecting a circuit or string of LEDs, be sure the circuit is configured for the driver to be used. Incorrectly wiring the LED(s) may damage the LED(s) and/or the driver. Also, many driver manufacturers require connection of the LED(s) before power is applied. 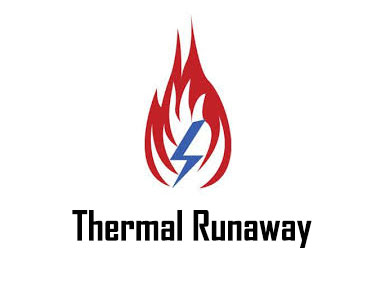 What is Thermal Runaway?

All semiconductors, including LEDs, generate heat as a by-product of their operation. The more electrical current the device uses, the greater the amount of heat that needs to be dissipated. Provided there is adequate thermal management, the device will not exceed its maximum operating temperature.

If the provisions to remove heat are insufficient, overheating will occur. When this happens, the ability to conduct electricity increases, generating even more heat. The increased heat output results in an even higher temperature, increasing the ability to conduct current still further. This process, known as thermal runaway, will continue until the device self-destructs.

How to Avoid Thermal Runaway

Thermal runaway is controlled with the use of a constant current LED driver.